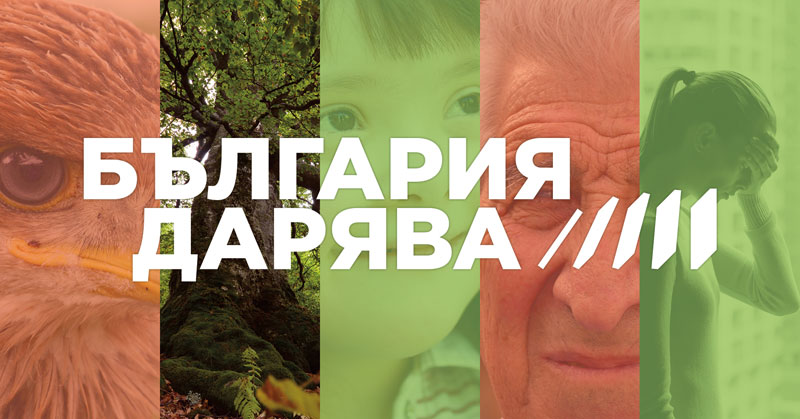 This year the National Drugs, Alcohol and Gambling Helpline (NDAGH) takes part in the second edition of the donating initiative “Bulgaria Donates”. NDAGH provides anonymous and free of charge counseling and referral for people in Bulgaria and abroad who are seeking information, help, or support with everything regarding problem use of drugs and alcohol or problem gambling.

Our public service is in need of financial support in order to continue to provide its services. We are grateful to the organizational committee of “Bulgaria Donates”, that included our cause in its campaign.

You can find and support us here: https://bulgariadariava.bg/cause/da-spasim-liniata-za-podkrepa-na-zavisimi-i-tehnite-semeystva/

What is “Bulgaria Donates” and why is charity important?

Education, children at risk, environment, culture, people with disabilities and addiction, human rights. 75 causes in these important for our society areas are looking for support in the second edition of the national campaign for popularization and encouragement of donating “Bulgaria Donates”.

From March 22 until March 31 everyone can easily find information about and choose a cause they feel close to on the website of “Bulgaria Donates”. There are different payment options to choose from including bank transfer, DMS, ePay, PayPal, Platformata.bg and others. There is no right amount to give – every contribution is precious. When many people unite and participate change becomes possible.

“Bulgaria Donates” is a nationwide initiative, which popularizes and encourages giving to charity. It gives an equal chance to NGOs countrywide to present their causes on its website bulgariadaviava.bg.

The included causes are seeking and finding solutions, changing people’s destinies and the environment we are living in. The causes have been preselected and the organizations that carry them out have to be registered as civil organizations in public interest. They should also have prior experience and should have provided their financial reports to guarantee transparency.

“Bulgaria Donates” aims to reach as many people as possible, to tell inspiring stories and to show the impact of the non-profit organizations, while giving everyone the opportunity to contribute to a better future.

In its first edition in 2019 in only 10 days “Bulgaria Donates” collected more 50 000 BGN from close to 2700 individual donors. Many Bulgarian celebrities supported the initiative and donated themselves. Among them were Maxim Eshkenazy, Zahari Karabashliev, Alek Aleksiev, Robin Kafaliev, Yana Marinova, Elena Rosenberg and others.

Everyone who chooses to donate to a cause in “Bulgaria Donates” will contribute to transforming Bulgaria into a better place for living. “Giving is important, because giving is sharing, and sharing makes us human”, said a girl from the English Language School of Sofia during the first edition of “Bulgaria Donates”.

Charity photography exhibition “TOGETHER ON THE ROAD…”

With excitement and joy we opened on September 24, 2020, the Charity photography exhibition “TOGETHER ON THE ROAD…”, held in support of the National Drugs, Alcohol and Gambling Helpline. We… 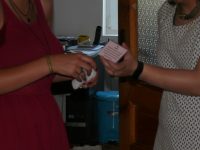 IN THE BEGINNING I DID NOT BELIEVE I COULD BE CURED

All starts are difficult, so was this one – to accept that you are addicted and to start treatment.